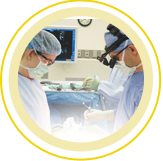 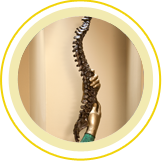 The Parts of Your Spine and How They Work

The spine is one of the most important parts of your body. Without it, you could not keep yourself upright or even stand up. Your spine gives your body structure and support. It allows you to move and bend. The spine also protects your spinal cord. The spinal cord is the column of nerves that connects your brain with the rest of your body, allowing you to control your movements. Without a spinal cord, you could not move any part of your body, and your organs could not function. That is why keeping your spine healthy is vital if you want to live an active life.

Your spine is made up of 24 small bones. Each bone is called a vertebra (ver-ta-bruh). These are the building blocks of the spinal column. Together, all the bones that make up the spine are called vertebrae (vert-a-bray).

The vertebrae protect and support the spinal cord, and bear most of the weight put on your spine. Each vertebra is made up of a large bone called the body, and laminae (lam-in-ay) which extend from the body and form a ring to enclose and protect the spinal cord. The laminae includes the spinous (spine-us) process, which is the bone you feel when you run your hand down someone’s back, two transverse (trans-verse) processes where the back muscles connect to the vertebrae, and the pedicle (ped-i-cuhl) that connects the two sides of the lamina.

Between each vertebra is a soft, gel-like cushion called a disc. The disc helps absorb pressure and keeps the bones from rubbing against each other. Each vertebra is held to the others by groups of ligaments. Ligaments connect bones to bones. There are also tendons in the spine which connect muscles to the vertebrae. Like other parts of the body such as the knee or elbow, the spinal column also has joints. Spinal column joints are called facet (fuh-set) joints. Facet joints link the vertebrae together and give them the flexibility to move against each other.

When the vertebrae stack on top of each other, the holes line up to form a long hollow tube that runs the length of the spine. The spinal cord runs through this long hollow tube. The spinal cord itself is a large bundle of millions of nerves that carry messages from your brain to the rest of your body, and from every part of your body back to your brain. The spine branches off into thirty-one pairs of nerve roots. These roots exit the spine on both sides through spaces called neural foramina (noor-al for-a-min-ah) between each vertebra.

Segments of the Spine

Below the lumbar spine is the sacrum (sack-rum). The sacrum is actually a group of specialized vertebrae that connects the spine to the pelvis. Before birth, these vertebrae grow together (or fuse) creating one large “specialized” bone that forms the base of your spine and center of your pelvis. The nerves that leave the spine in the sacral region control bowel and bladder functions and give sensation (feeling) to the crotch area.

There are two sacroiliac (sack-row-ill-e-ack) (SI) joints in your pelvis that connect the sacrum to the ilium (ill-e-um) (the large pelvic bone). The SI joints connect your spine to the pelvis, and thus, to the entire lower half of your skeleton.

Like any other joints in your body, there is cartilage on both sides of the SI joint surfaces. But, unlike most other joints, the SI joints are covered by two different kinds of cartilage. The surfaces of the joint where movement occurs have both hyaline (high-a-leen) (which is glassy and slick) and fibrocartilage (figh-bro-cart-il-age) (which is spongy) surfaces that rub against each other. The joints also have many large ridges (bumps) and depressions (dips) in the surface that fit together like a puzzle.

The SI joints are also unique because they are not designed for much motion. It is common for the SI joint to become stiff and actually “lock” as people age. The SI joint only moves about two to four millimeters when bearing your body’s weight and bending forward. This small amount of motion in the joint is described as a “gliding” type of motion. Due to the small amount of movement and the complexity, finding out about the SI joints’ motion is very difficult during a physical exam.

The SI joints are said to be viscoelastic (vis-ko-e-las-tick). This means that the major movement of the joint comes from giving or stretching. This motion is quite different than the hinge motion of the knee or the ball and socket motion of the hip. The SI joints absorb shock for the spine by stretching in various directions. The SI joints may also provide a “self-locking” mechanism that helps you to walk. The joints lock on one side as weight is transferred from one leg to the other.